December 7, 2017
VEadmin
Great Article by David McMillion for Convene Magazine on ROI and how our industry “lingo” needs to be spelled out to show it worth….

When the Republican National Convention (RNC) wrapped up in Cleveland on July 21, 2016, political pundits and citizens alike wondered what was in store for the wild ride of the Donald Trump campaign. City officials had another question on their minds: What was the event really worth to their bottom line? After paying security costs, facility fees, labor, and a range of other expenses, Cleveland wanted to understand the return it would see on its convention investment.

Mathematics should be straightforward, but the city received two very different answers — in reports commissioned by the Cleveland 2016 Host Committee. Researchers at Cleveland State University estimated that 44,000 visitors spent $67 million, with a total impact of $142 million, while Tourism Economics came up with 48,000 visitors who spent $110 million, for a total impact of $188 million. “The reason the numbers were different [in these two studies] was that the geographic parameters in the university’s research were too narrow,” Adam Sacks, founder and president of Tourism Economics, told Convene. “It was accurate for what it was measuring, but the study only focused on downtown Cleveland.”

In reality, according to Sacks, the RNC’s impact stretched outside the center of the city. With downtown hotels at 99-percent occupancy, visitors booked rooms across a seven-county region, and many of them explored alternative accommodations, too. Tourism Economics worked with Airbnb to gain a complete understanding of the number of people who came to the city for RNC- elated activities. “The Cleveland RNC is a great example of why it’s so important for the industry to have a set of the same definitions across destinations,” Sacks said. “When a convention, trade show, or conference is analyzed in one destination, the value must be comparable with another destination.”

To make those comparisons easier, Sacks partnered with Destinations International to develop the Event Impact Calculator, a tool that draws on 10 data sources to add up the economic value of an event. More than 200 destinations have subscribed to the calculator since its initial launch in 2011, and Tourism Economics has used

it to analyze more than 100,000 events. “The calculator is designed to be the independent third party that can prove economic impact,” said Don Welsh, Destinations International’s president and CEO. “It’s not the city or the convention center talking. It’s a respected outside opinion, a different voice that can catch the ears of lawmakers.”

Of course, getting those ears to like what they hear relies on turning big data into easy-to-understand bullet points. “You want to present concise, consolidated, and verified data to local leaders to help them easily understand the value,” Welsh said. “That’s a necessity for every organization. Metrics, over-reporting, and transparency — these are the key buzzwords we all need to embrace to outline the importance of meetings and events.”

Adding up the dollars from direct and indirect spending that can be attributed to attendees is certainly a conversation-starter for legislators. But those numbers still don’t tell the entire story. Sacks said there are additional metrics that help articulate what he calls “the halo effect” of an event. For example, the 2016 Democratic National Convention in Philadelphia generated 26 million media impressions that Sacks says represented approximately $500,000 in positive promotion for the city. That buzz paved the way for a significant uptick in the number of visitors to the Philadelphia Convention & Visitors Bureau website, too. Media coverage and website traffic aren’t included in the Event Impact Calculator, but Sacks said that those metrics are part of the report that Tourism Economics provides for each event. “These figures,” Sacks said, “represent a lift that goes beyond the direct economic benefits of hosting an event.”

Welsh felt that lift during his time as the head of Choose Chicago. A study conducted by the Sports Industry Research Center at Temple University found that the city received a digital and television media value of nearly $115 million when it hosted the 2015 NFL Draft. “All those networks were broadcasting with Chicago as their backdrop for multiple days,” Welsh said. “There is no way we could have afforded that kind of media buy.”

Organizers of smaller conferences and meetings may roll their eyes at the millions of mentions on social media and all-night TV coverage associated with political conventions and massive sporting events. But Sacks notes that niche events contribute long-term effects, too. For example, some attendees might decide to extend their stays, and others might return for additional visits with family or spread the word to friends about a destination. “These are difficult items to quantify,” Sacks said.

“The calculator is very good at what it measures, but there is an even longer tail that is important to recognize, too. In the short term, we can understand how much attendees are contributing to the local economy, but there is even more of an impact that may not be felt until further into the future.”

While Sacks, Welsh, and other tourism advocates have caught the ears of lawmakers, some observers outside the industry have questioned the validity of the numbers used to support the events industry. “It’s important to recognize that any of these studies [about the economic impact of events] are more art than science,” said Heywood Sanders, Ph.D., professor of public administration at the University of Texas at San Antonio and author of Convention Center Follies: Politics, Power, and Public Investment in American Cities. “They are estimates, and estimates are the product of a series of multiplications. Each of the elements in the multiplication formula is subject to uncertainty, variation, and a range of questions.

“For example, in Cleveland, unless you have people following around 44,000 attendees, or at least a large sample of this audience, you can’t necessarily tell any detail on how much they’re actually spending,” Sanders said.“These studies — in Cleveland and in other cities — use numbers that appear to be precise, and it gives an impression of certainty and accuracy. In reality, estimates are, by definition, uncertain.”

Sanders attributes part of his skepticism of the economic impact of events to a key piece of information: Who would have been there if the event wasn’t happening? For example, in Cleveland, Sanders pointed to a year- over-year comparison in hotel demand from the Tourism Economics assessment of the RNC. During the convention, total hotel demand for a four-night period reached nearly 119,000 rooms. During the same period one year before, the demand was 95,000 rooms. While it’s clear that many more people came to Cleveland for the event, Sanders noted that area hotels were still going to have plenty of guests. “There is no question that hotel owners made out a great deal better, thanks to significantly higher average daily rates,” Sanders said. “But when a hotel charges double the rate, how much of that money is actually staying in the community?”

But when a hotel charges double the rate, how much of that money is actually staying in the community?

According to the Tourism Economics report, RNC visitors generated more than $10 million in state and local taxes, with $3 million of that total coming from hotel taxes. Still, Sanders thinks that the events industry’s current approach falls short of an accurate picture. “If all you do is wave around impressive-looking numbers,” Sanders said, “you don’t get very far in under- standing the underlying reality.”

As hard-to-measure numbers come under scrutiny, destinations and event organizers may want to consider adding another element to their story of the industry’s value: the community- service efforts at meetings, conferences, and trade shows that don’t come with a simple price tag.

“The industry does an okay job of highlighting the positive impact we have on communities, but I am not sure I have ever seen any targeted marketing from the industry for CSR efforts,” said MaryAnne Bobrow, CAE, CMP, CMM, president of Bobrow Associates Inc. “Simple infographics would be great to accomplish this purpose. At the local level, we can demonstrate impact in more personal ways with photos of those on the receiving end of donations collected for charities and hands-on community-service efforts led by meeting attendees.”

Promoting CSR efforts may not be a top priority for event organizers simply because they aren’t looking for extra credit. “For a lot of associations hosting events, making a difference is in their DNA,” Welsh said. “They’re not doing it for the PR exposure. It’s simply part of their culture. Still, it’s critically important to highlight these efforts. The more that a destination can communicate to a city-council member about the group that helped x up the playground in their district or the attendees who served meals at the shelter, the more likely they are to remember those stories when talking about funding.”

“A few well-placed articles before and after national events held in local communities would begin to alert the general public about the contributions of both time and money,” Bobrow said. “Our meetings don’t invade local communities. We come. We help. We leave those places in better shape in so many ways.”

DESTINATIONS DO THE TALKING

Some destinations are helping those stories find their way into the spotlight, connecting the dots between groups they welcome and the goodwill their attendees bring along. “As the DMO, we are often asked by local media for the economic impact of events that come to the city,” said Lisa Wallace, senior communications manager for conventions and meetings at Visit Indy. “Along with the estimated economic impact, we like to communicate impacts beyond spending, which can include media coverage out of market, community service, and introducing future leaders to our city when we host major youth sporting events and conventions.”

The numbers associated with community service may not be as eye-widening as the $115 billion GDP contribution cited in the Events Industry Council’s 2014 Economic Significance of Meetings to the U.S. Economy report, but highlighting volunteer work and charitable contributions at the local level can create a more intimate connection with citizens. Rachel Benedick, vice president of sales and services for Visit Denver, notes recent efforts at the Colorado Convention Center such as a blood drive on the show floor at APCO International and a bike-building project at a DaVita meeting that was designed to give Denver children new wheels. “In addition to the actual, tangible benefits, these types of community-service activities provide greater positive exposure for the group or company as well as for the whole idea of meetings coming to Denver,” Benedick said. “It encourages more community buy-in to hosting big meetings — knowing the attendees will help, not hurt, the community in more ways than just economic impact.”

Highlighting volunteer work and charitable contributions at the local level can create a more intimate connection with citizens.

Every community needs that type of buy-in to support convention centers, hotel development, and the other infrastructure that makes meetings and events possible. As more destinations embrace tools like the Event Impact Calculator, Welsh thinks that they — along with the organizations bringing business to their cities — also need to promote the charitable contributions and hands-on efforts to make a difference. “Imagine how powerful it can be to marry economic data and job-performance statistics together with the intangibles of community service,” Welsh said. “That information will create value for meeting professionals, too. They can use it when they’re looking to move their meetings to other destinations, and they can leverage it when talking to the members of their own communities. It creates an opportunity to tell a complete and inspiring story about the real value of an event, and that’s a story that everyone needs to hear.” 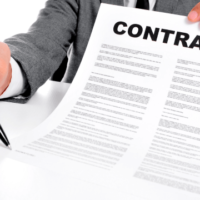 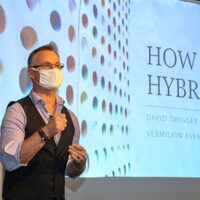 Producing Virtual and Hybrid Events is what we do… 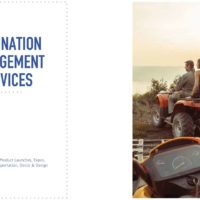 DMC (Destination Management Companies) in Arizona and abroad take a deep dive to see how to survive and thrive.